Why Is It So Hard to Have Constructive Conversations About Abuse? 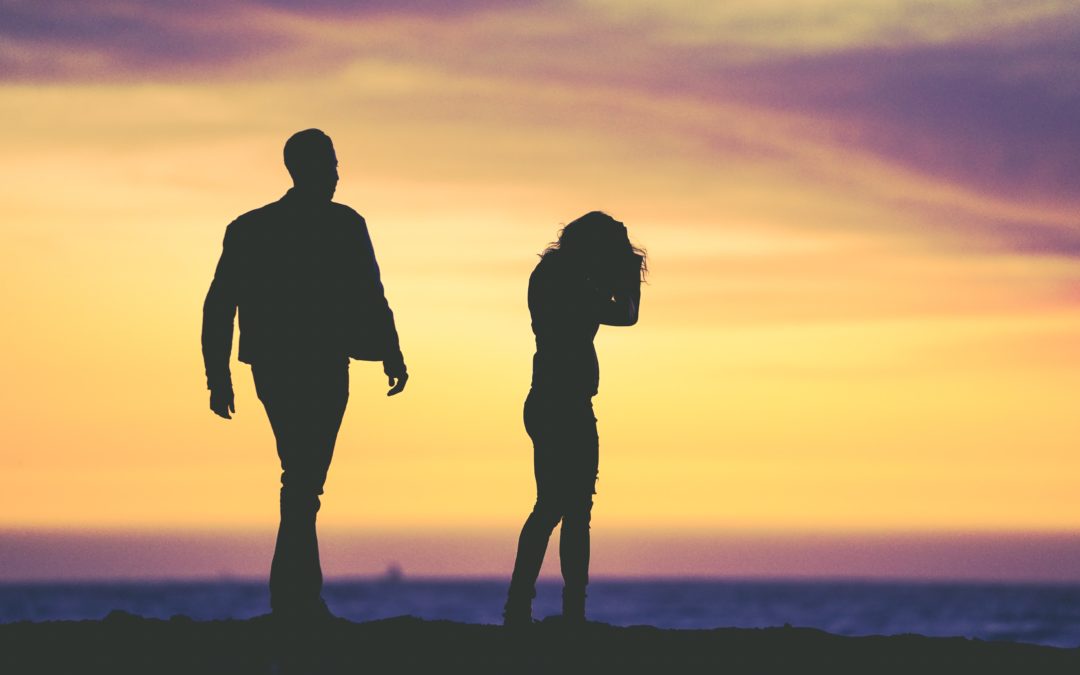 One obstacle to receiving care for current victims and survivors of past abuse is the tensions that emerge in the public discourse about abuse. While this obstacle exists in almost every setting, it is uniquely present within the church and Christian communities.

Many factors contribute to the difficulty talking about abuse. In this article, we will look at two or three. If an obstacle you face is not discussed, please do not take that to mean the obstacle is not real. In a brief article, there is a limit to how much can be covered.

One challenge is that people often don’t start with the same question guiding the conversation. Two questions can frame conversations about responding to a report of abuse.

When conversations devolve into arguments between leaders of an institution (such as a church) and victims or advocates, the difference in these two questions captures much of the tension.

By contrast, victims, survivors, and advocates approach the subject of abuse with question two at the forefront of their minds. For them, the conversation is not based on what might happen. It is based on what has already happened in their life. Hence, they frame the conversation to try to ensure their experience is believed and doesn’t happen to anyone else.

The starting point for these two questions is so different that each side begins to view the other with suspicion as soon as the conversation begins. A debate emerges as each side tries to get the other side to start with their question. Whether these are public discourses in social media or private conversations about how an institution will be governed, these two questions result in what feels like an unnavigable impasse.

When these two questions are put side by side, most people agree that question two is the proper starting point. I agree. We should prioritize the most vulnerable. If that position is taken, it also seems reasonable to most people to then ask, “If we prioritize the most vulnerable, how do we protect against damage from false accusations?” Being for question two doesn’t mean being against question one.

The Legal System and the Court of Public Opinion

This is where another dichotomy emerges.

1. In the legal system, where “innocent until proven guilty” guides the process, the burden of proof is on the victim. Because abuse almost always occurs in private, this is a high bar to clear. It is exceedingly difficult for victims to establish their case by a legal standard. Even the more casual standard often used in the church of “giving the benefit of the doubt” favors the aggressor over the oppressed. The benefit of the doubt is given to the one accused (i.e., presumed innocence), not the one claiming to have been harmed (i.e., presumed truthfulness).

The problem is, both systems are flawed; as any human system inevitably will be. In the legal system, “not guilty” verdicts don’t always mean “innocent.” Frequently, “not guilty” means there was not enough evidence to clear the threshold of establishing guilt or that too much time transpired for the legal complaint to remain valid. Many abusers have been declared “not guilty” because of a technicality. That does not make the initial claim false.

In the court of public opinion, far more people hear and give weight to the initial accusation than hear the outcome of an investigation (if one occurs) and change their opinion accordingly. The attention span of our modern culture means that accusations are headlines, and the results of investigations are too often back-page news.

Here again, we see the tension between the two “sides” (I put sides in quotations because I wish this conversation was not as teamed as it has become). One side says, “Can’t you see how hard it is for those who have been abused to prove what happened and get any kind of justice? The person who has been abused is not usually the person who can afford the better attorney.” This is an important question that needs to be heard.

The other side replies, “Can’t you see that if falsely accused my reputation would be gone and the damage would be done long before the results of any investigation occurred? I don’t fear unnecessarily going to jail. I fear unnecessarily losing the ability to do what I love and feel called to do.” This is an understandable fear. We need to know the probability of the “if” to vet the concern properly.

This is the point in most articles where an author proposes to remedy the tension that has been defined. Some “third way” is articulated to avoid the weaknesses of the other two options. I’m afraid, at least to my awareness, there is no easy third way here. Even when we prioritize the vulnerable (as I believe we should), we will not make the uphill journey of abuse victims level ground. The difference between the legal system and the court of public opinion means that significant damage can be done to leaders who are proven innocent (not just “not guilty”).

Two Proposals for these Conversations

So, where do we go from here? I would make two proposals.

First, we need to weigh the concern about false accusations of abuse against the prevalence of false claims. Where data can be found, we shouldn’t regulate our emotions based on hypotheticals. Reputable studies on this indicate that only between 2-7% of abuse claims are false. Further, those familiar with the process of investigating abuse claims indicate that false claims fall apart early in the investigative process. It is far more likely to have a true claim of abuse that is unprovable than a false claim that results in legal consequences.

It is far more likely to have a true claim of abuse that is unprovable than a false claim that results in legal consequences. Click To Tweet

This does not eliminate the concern of church leaders who fear they could lose their opportunity to do ministry based on a false accusation. For the 2-7% of individuals who are falsely accused, that is 100% of their experience and what determines their future. But we should also recognize that for the 93-98% of valid claims, their only hope for justice is if their claim is taken seriously.

What does that mean? It means we should hear the person reporting abuse and care for them as if their report was true. We should take steps to ensure their safety. If what is being reported is criminal, we should trust the appropriate Romans 13:1-6 authority to vet the claim. The weight of the claim, not the role or reputation of the accused, should determine who vets the claim and how.

This isn’t declaring the accused “guilty.” It is deferring to the people God gave jurisdiction over criminal claims. As we ask people to trust church leadership to handle something well when God places that matter under our jurisdiction, we should trust the appropriate Romans 13 authority to handle well what God has placed under their jurisdiction.

If we, as church leaders, are the accused we should cooperate with the appropriate legal process in the 2-7% of false claims for the sake of the 93-98% of victims that will not have access to care or justice if we do not. As a matter of faith in the biblical division of jurisdictions, we should trust that doing so will, in the end, increase (not decrease) our credibility. Those who abuse, protect their power; those who are true shepherds, prioritize protecting the vulnerable.

Second, we need to “de-team” the conversation. As long as there are “sides” in this conversation, like political parties, mistrust will exacerbate the tensions described in this article. Pastors and church leaders must stop viewing victims and advocates as threats. We should repent whenever this posture is present. Those who have been abused are not “potential liabilities.” They are people, made in God’s image, who have been hurt and people for whom God intends the church to be a place of refuge.

In the same vein, the concerns of pastors and church leaders should not be dismissed as if these concerns are only an excuse for passivity and maintaining the status quo. Most of us, if we were faced with a choice that had a 7% chance of costing us our livelihood, would be hesitant to make that choice; especially if we did not understand the choice better than most ministry leaders understand the experience of abuse and the challenges of seeking justice after abuse.

If we are going to have a fruitful conversation about abuse, which is what I believe that most people who would take the time to read this article want, both question one and two, and the implications of the legal system and the court of public opinion must be taken into account. If either side dismisses the other, then trust will be broken, and the tone of an adversarial debate will reign over what must eventually become a hard-but-needed profitable conversation.

If the debate remains adversarial, who loses? Answer: everyone, but especially current victims who are considering whether they can trust the church to help. If the concerns of the 2-7% reign over the concerns of the 93-98%, current victims realize the church is not prioritizing their care and safety. When this happens, the church is not the refuge for the vulnerable that God intends his church to be.

* This article was originally posted on the ERLC site on February 14, 2022.