Memories After Forgiveness: A Series from Miroslav Volf (Part 7 of 7) 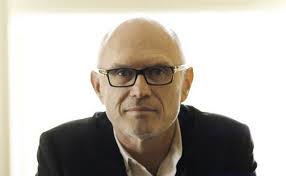 In my imagined encounters with him in the here and now, our efforts at reconciliation kept taking one step forward and then a half step backward as we revisited the old “stuff” from new vantage points, but with little gain. When we did make progress, it was often more in form than in substance. Why? Because we are finite beings with limited knowledge, and frequently we each pursued our narrow interests at the expense of the other. Since neither our thoughts nor our feelings fully matched, even seeming agreement on the “facts” of our past was eventually exposed as disagreement. So even at our best, our peace was incomplete, flawed, and fragile.

But from the start I had hoped for more than such frayed reconciliation. As I embarked upon the process, I had not just been pushed from behind by the conviction that on the cross God reconciled estranged hman beings to each other. Equally importantly, I had been pulled from ahead by the hope that God’s reconciliation will become complete and uncontested reality on the Day of Final Reconciliation, the Day of Judgment and Embrace, the Day that would be the last day of the old world and the first of the new. Reconciliation that has been partial and fragile now will be complete and unassailable then.

“Imagine,” I said to Captain G. one day, “that we both find ourselves on the other side of that Divine Courtroom, the place through which all mortals must pass before they can enter God’s new world, which Christian tradition has always described as a world of love. What do you think would happen then?”

“That scenario strains my atheist imagination. And besides, God wouldn’t want atheists there.”

“If you were there, you wouldn’t be an atheist. As to your atheist imagination, you don’t have to be a Christian – or even believe in God – to imagine a world of love.”

“You tell me what would happen,” he responded, unwilling to venture on the path down which I was pointing him.

“Okay. I’ll answer my own question by borrowing from Franz Kafka.”

“I’m not familiar with him,” he said.

“He’s a Jewish writer. His book The Trial might interest you. It is about being treated as guilty without ever being told what you are guilty of. At one point in the book Kafka distinguishes between an ‘actual acquittal’ and an ‘apparent acquittal.’ In what he calls ‘apparent acquittal,’ the court certifies the innocence of the accused, but no file is ever lost and the court forgets nothing, so the case can be resumed at any time. It is different in the case of an actual acquittal. ‘In an actual acquittal,’ writes Kafka, ‘the files relating to the case are completely discarded, not only the charge, but the trial and even the acquittal are destroyed, everything is destroyed.’”

“So let me guess –“ Captain G. said, “if I were to be counted among the eternally blessed, at the Last Judgment I would receive an ‘actual acquittal.’”

“Yes. I would too – as would everyone who ever entered the coming world of love. And in addition to the destruction of everything pertaining to the wrongdoing, the conditions that made the wrongdoing possible would also from that point on be nullified.”

“That seems an absolutely extraordinary vision – every wrongdoing of the past simply eradicated and all wrongdoing in the future made impossible. I can imagine that. What then?”

“To tell you the truth, I’m not sure. That’s the point at which we all need to rein in our imagination. I figure I’ll just let myself be surprised. But I think of that life as like being absorbed in a piece of arrestingly beautiful music – music that captivates my entire being and takes me on an unpredictable journey. That’s what that world of love will do for its inhabitants. It will bar the pathways through which the wounded past, a past marred by wrongdoing and suffering, enters the present, and it will set them free to explore the truth, the goodness, and the beauty of that world – each on their own and all together.”

In a tone that seemed to oscillate between incredulity and longing, he said, “I hope you are right.