True Betrayal: Recovering from the Betrayal of Your Spouse’s Sexual Sin (Podcast 3 of 9)

This is the third podcast in a nine part series entitled “True Betrayal: Overcoming the Betrayal of Your Spouse’s Sexual Sin.”  True Betrayal has a complementing seminar entitled “False Love: Overcoming Sexual Sin from Pornography to Adultery.” For more information on either seminar, please follow the links provided.

“What’s Going On with My Thoughts and Emotions?”
UNDERSTAND the impact of my suffering.

“I used to fear facing the reality of my spouse’s sin and would not acknowledge it, so I expected myself to live as if their sin never happened [describe]. I can see how his/her sin has affected me [describe]. It was wrong to interpret the impact of his/her sin as my failing or my emotions as weakness. God is more gracious than that and I must agree with Him and not my fears. The impact is starting to make sense and help me see life differently [describe].”

Memorize: Psalm 55:12-14 (ESV), “For it is not an enemy who taunts me—then I could bear it; it is not an adversary who deals insolently with me—then I could hide from him. But it is you, a man, my equal, my companion, my familiar friend. We used to take sweet counsel together, within God’s house we walked in the throng.” As you memorize this passage reflect upon these key points:

“The news that Carol was in a relationship with another man shook the very foundations on which Ron was building his life. In his time of crisis the things he had considered so important had no value (p. 14).” Mike Summers in Help! My Spouse Has Been Unfaithful

“Husbands and wives are often shattered after revelation because they believed they knew their spouses so well that the person could never have pulled off having an affair… Infidels are often astounded by their own ability to lead a dual life, to separate one life from the other (p. 137).” Gary & Mona Shriver in Unfaithful

“Many partners find themselves making compromises in the relationship that lead to the loss of their sense of self. Examples include acting against your own morals, values or beliefs, as well as giving up on life goals, hobbies, and interests. Other examples include changing your dress or appearance to accommodate the addict, or accepting the addict’s sexual norms as your own… You may have struggles with feelings of unworthiness or perfectionism. As a result you have settled for feeling needed in the relationship and compromised yourself to keep the peace or feel valued (p. 14).” Stephanie Carnes in Mending a Shattered Heart

“The affection that I wanted for so long was now mine in abundance. He was constantly wanting to hold my hand and hug me and kiss me – and I was sick (p. 23).” Kathy Gallagher in When His Secret Sin Breaks Your Heart

“Gary was not the man I had thought he was, but I was no longer sure who I was either. For that matter, who were we as a couple? Were we a couple (p. 24)?… That night my life took on a new timetable: before the affair, during the affair, and after the affair. Everything during was now marred and distorted: our family trip to Disneyland, Gary and I going to Hawaii. I recalled snippets of conversation with both Gary and my friend and suddenly heard and saw completely different things (p. 26)… You each will process at your own pace. Remember, the infidel began this process before the affair even began. The spouse typically begins at revelation (p. 54).” Gary & Mona Shriver in Unfaithful 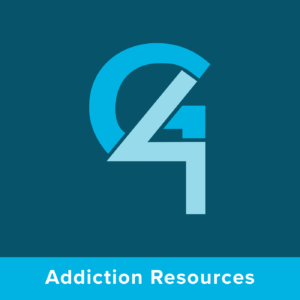