“Mom/Dad, I’m Not Sure I Want to be a Christian Anymore…”

This post was originally published on the CareLeader resource site on January 17, 2017. 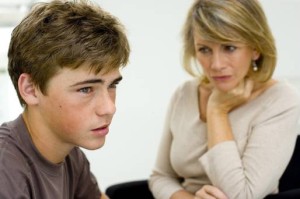 We asked pastoral counselor Brad Hambrick this question: “What counsel would you give to the parents of a teenage daughter who announces, ‘I don’t think I want to be a Christian anymore’?” We thought his response would be especially valuable to youth pastors or youth leaders who might be having this sort of conversation with a teenager.

Be Sure to Listen to Her Reasons

Here are some thoughts on how to approach a moment like that. The first thing I would encourage you to say is, “Thank you. I know this is a heavy thing to share, and it can’t be easy to come to us when you know that we’re believers and this is important to us.” Then pause and give her the opportunity to talk while you listen.

Ask about How Long She Has Wrestled with This

Second, you might acknowledge the amount of time it took her to come to the point where she was willing to share this with you. So you might say something like, “I know by the time you bring this up to us you’ve been thinking about this for a while. Do you mind sharing with us what that journey has been like, the things you’ve been wrestling with, the kinds of questions you’ve thought about?” Again, just pause and listen. The more she feels heard, the more weight anything that you say is going to have.

Ask about Influences on Her Thinking

In the midst of her comments, if she doesn’t share who some of the significant voices in her life are, you might ask about that. “Who are the people that you’ve talked to? What are the books you’ve read that have influenced you coming to the point where you’re not sure you want to be a Christian?” Again, when you’ve asked that question, pause and listen. Ask her, “Is it okay if I write down this resource so I can read it?” Honor the journey she’s been on by engaging with it and being willing to hear about it.

Ask about the Possible “Burdens” of Being a Christian

Another question that you might want to ask is, “If you weren’t a Christian, is there something that this would relieve you of? Is there some kind of burden that this would take off of you? Is there a problem that not being a Christian would resolve?” Usually, when people decide not to be a Christian, they do so more for emotional reasons than for intellectual reasons. Occasionally it’s about not being sure of creationism or something like that. But more often than not, it is some hardship that they’ve been through. For example: “My friend committed suicide and I can’t imagine how there could be a good God who would let that happen.” Or, “I have some sin that I’m struggling with, and I don’t think I would ever be able to give that up.” And at least at that point parents (and youth workers) can begin to talk about the real issue instead of debating why someone needs to be a Christian. You’re talking to where her heart is. Regardless of how that conversation lands, I would encourage you to extend the conversation.

Ask If You Can Have Some “Processing Time”

Extending the conversation might sound something like this: “You know, you’ve been thinking about this for a while. This whole deliberation is like eighteen months old for you. You just brought this to me, and so it’s eighteen minutes old for me. I would love to be able to talk more about this, and so is it all right if I give some thought to the things that you’ve shared? I think you’ve made your points well, and I’d love to pray about them and think about them so we can talk about this again.” Just phrasing it in the form of a question honors the teen’s deliberations. If you say, “We’re going to talk about this again, young lady,” then you’re invoking your authority so that she no longer has a voice. But teens do have a voice in their personal faith. And when we have conversations about that, we need to honor that voice.

Access Your Resources to Help the Parents Deal with this Issue

Once you’ve landed the plane there, and you’ve created the opportunity to come back to the conversation, there are some things that would be important in helping her parents. One of those would be to pray with the parents for their daughter. Only God can open eyes and give ears to hear. Most Christian parents would acknowledge that they need God in their parenting. However, when they come to a moment like this, what they acknowledge intellectually, they feel palpably in a way that will increase their dependence on Him.

In addition, they need to have support from others. If they’re not talking to friends who know and care for them, they will probably talk to their daughter too much about this subject because it’s on their minds. Supportive Christian friends allow them to have other conversations with their daughter that go beyond this subject area, which is really important. They need to have a broader relationship with their daughter than just this subject, because it can make the parent-child relationship feel more like an intentional project than a loving family relationship. Doing things like going to a movie or going out to dinner at her favorite restaurant will show her that the parents can still relate to her and that they will continue to be her mom and dad.

Finally, from this initial conversation you probably will glean a lot of information that you and her parents can study, which means this can be a moment of growth for everyone. And so pray, offer support, study, and grow. Remind her parents that their relationship with their daughter needs to be broader than her personal faith so that when they have the personal faith conversations, they can have more impact because they haven’t taken all the oxygen out of the room.