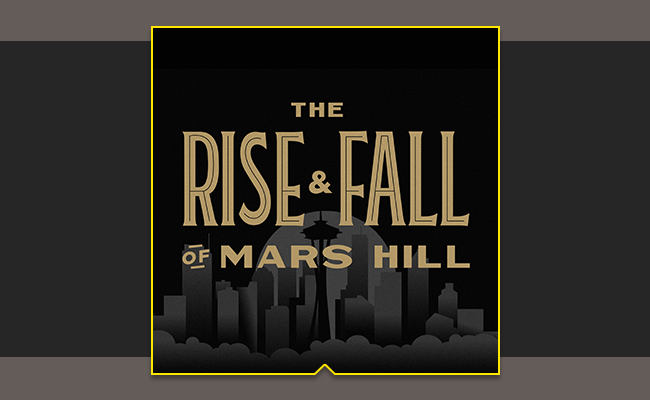 My goal for this article is to use this question as an opportunity to clarify: what makes something pornographic?  There are many other worthwhile things that could and should be said about this series. I will leave that to others.

Before engaging my primary question, I will make a three brief remarks.

With that said, let’s engage the question, “What makes something pornographic?” I will start with an awkward statement: you can watch the Weather Channel pornographically; meaning, you can watch a media source with no sexual themes, no absence of clothing, and no intent to seduce in a way that enflames the lust of your heart.

For clarity, these are forms of media that are inherently pornographic. These are wrong and destructive from the moment of production. For the purposes of this article, you would need to be able to distinguish between these two statements.

The question we can ask is, “Are we listening to the series pornographically?” This is a question of a listener’s motives, not the intent of creators, or the content of a media source. The answer would be yes if we are delighting in the demise of people or the glorification of sin.

That is what, at its heart, make pornography pornographic; it delights in the demise of people (it is an industry fueled by sex trafficking) and the glorification of sin (reveling in sinful expressions of sex). The disregard for people (violating the Second Great Commandment) and delighting in the forbidden is what makes pornography sinful. Pornography is horrifically dehumanizing.

This forces us question to ask ourselves:

The Rise and Fall of Mars Hill and the conversations surrounding the series provide the church with an excellent and needed opportunity to listen and learn. In my opinion, it would be poor stewardship not to learn from both the series and surrounding conversations. We must see the unseen pain that happens when ministry leaders fail.

Could we listen to a series like this pornographically? Sure. The story is compelling and well-told. We could begin to listen for purely entertainment’s sake. We could begin to long for the next church tragedy series like we anticipate the next season of our favorite sitcom. That would be wrong. But The Rise and Fall of Mars Hill series is not responsible for that distortion in our heart any more than the weather person is for our imagination as we get the daily forecast.

So, what should we take away from this reflection? I hope the following sentence makes more sense to you now than it would have before you read this article: the sin of lust is primarily about the mind and motive of the one lusting and secondarily about the object that captures our attention. I think the Mars Hill series and the concern raised about it can help us, as Christians, see this reality in a way that we often miss when the subjects of lust, pornography, and purity are focused on exclusively sexual themes. It is something we need to understand in both arenas.

Understanding this would change, or at least expand, the number and type of accountability questions we ask one another. Instead of just asking, “Have you looked at anything you shouldn’t?” we would ask, “Have you sexualized people or media that had no intent to entice you?” This would help us see that temptation is often what we do to the people we view more than anything they do to us. We pornify the world around us as much as we live in a pornified world.

We pornify the world around us as much as we live in a pornified world. Click To Tweet

This is important because it helps us quit blame-shifting for the sin of lust (i.e., sexual lust, achievement lust, failure of others lust, etc.). Ironically, Christians who are most concerned for purity are often the most aggressive against blame-shifting. But to the degree we misunderstand the nature of lust, we can inadvertently reinforce blame-shifting. We blame the object our lust instead of our bent nature. I hope this article helps us battle against pornography without reinforcing this blame-shifting tendency.

A Closing Thank You: I want to say “thank you” to Mike Cosper and the Christianity Today team making The Rise and Fall of Mars Hill series and the many who are reflecting on its implications for how we can continue to be more of the church God intended his church to be.