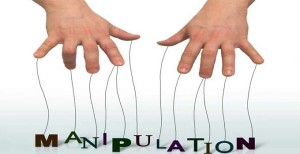 The recognition that there are healthy and unhealthy forms of repentance is both common sense and biblical (2 Corinthians 7:8-13). On this everyone agrees; secular and sacred. The difficulty is in discerning disingenuous repentance. Mature and discerning people can witness the same conversation and walk away with distinctly different impressions about whether a given expression of remorse represents genuine repentance, sorrow for being caught, or a tactic to gain relational leverage.

In this post, I hope to accomplish two things. First, I will attempt to clarify two common misperceptions about manipulation. Second, I will discuss a series of phrases commonly used in repentance which can be red flags that the remorse being expressed will not lead to healthy relational restoration.

Manipulation is about motive (why or how something is done) more than method (what is said or done). There is no way to make a list of “manipulative phrases.” Every phrase listed below has a context in which it could be legitimate and appropriate. Manipulation is about motive (resisting change, minimizing responsibility, blame-shifting, etc…) and is most effective (in a negative sense of “effectiveness”) when that phrase/action used seems legitimate.

Implication – The explanation after each phrase below will be important to understand. If the description of how each phrase can be a part of manipulative repentance does not fit a given use of that phrase, it should not be considered manipulative.

Manipulation does not require “malice aforethought” or intellectual cunning. From my experience in counseling, most people who are using remorse to gain an advantage or avoid responsibility are not aware, in the moment, of what they’re doing. They just want to escape the discomfort of the moment. This driving desire (i.e., to escape) shapes the way they define words and frame questions.

In reality, that is what manipulation is: manipulation is defining words and framing questions (by verbiage or emotions) in such a way that makes a healthy response from the other person seem selfish, mean, or unreasonable.

Your expectations that I responded decently are unreasonable. You are holding me to a perfectionistic standard. In order to avoid being confronted by you, I would have to be perfect. You should feel bad for being judgmental and harsh instead of asking me to seek restoration for what I did.

“I’ve never pretended to be someone I’m not.”

You knew who I was when we started this relationship so you are being unfair by expecting me to be decent. This confuses genuineness with righteousness; authenticity with holiness. By this standard, someone could be consistently hurtful and we would still be to blame for their sin because we chose to be in relationship with them.

“You are bringing up stuff from the past.”

We can only talk about events, not patterns of behaviors. Often this impasse is reached when the individual repenting is unwilling to see that the event (for instance, intoxication or belligerence) in question was part of a larger pattern (i.e., addiction or abusive speech). If there is a pattern of behavior and this pattern goes unacknowledged, then the level of efforts towards change will be inadequate to produce the necessary change.

“You know I am not the kind of person who would do that… that is not what I meant.”

Your experience of me is not an accurate depiction of reality. My self-perception and intentions are truer than your experience. These phrases leave the person repenting in charge of defining the event for which forgiveness is being sought. The intent /self-perception of the sinner is being imposed as a limit on the pain of the one sinned against. The result is that the offended person has less voice in describing their pain. The offending person remains in charge of the narrative.

“I said I was sorry. What more do you want from me? What more can I do?”

If anything more than my words (i.e., “I’m sorry”) are required in response to my actions, then you are being unforgiving, mean, weak, or hyper-emotional. Also, this response often implies that an apology should be met with an immediate sense of trust and equanimity in the relationship. Any lingering sense of mistrust by the offended person is then labeled as an unreasonable and ungodly form of punishment.

“There are a lot of people / couples who have it much worse than you / we do.”

You should feel bad for complaining when the situation was not as bad as it could have been. This equates “could have been worse” with “not bad enough to mention.” It also portrays suffering as a competitive sport in which only those who suffer the worst merit sympathy for their hardship.

Even though I minimize and disagree with you about the past and present, you should trust what I mean when I say “better” about the future. Commitments to change are not bad, although these commitments should usually have more humility than an absolute promise. However, when commitments to do “better” are made during a disagreement about the nature of the offense, these commitments become a way to shut down communication. Again, if you don’t accept my promise, you’re being mean, unforgiving, or unreasonable.

Remember most expressions of manipulation are unintentional (this does not reduce culpability). Many people are unskilled at difficult communication and become unduly shaped by their own interests when they should be owning their sin.

Frequently, I have found that when a counselor can articulate the unhealthy dynamic that exists in an attempt to repent, the offending person can see the coerciveness of their attempt at reconciliation. Usually (if it’s in marriage counseling), the couple will say, “Yikes, we do this a lot. We knew it wasn’t working but we couldn’t figure out why.”

This leads to a fruitful conversation about why their past efforts at restoring conflict through the biblical process of repentance and forgiveness had been unsuccessful (or, only intermittently effective).

In other cases, where the offending spouse is more committed to their self-centeredness, these explanations are rejected as unreasonable. In these instances, helping the offended individual / spouse remain open to the possibility of a more fully restored relationship without acquiescing to the manipulative style of communication becomes the focus of counseling (example of this kind of approach here).

This blog was originally posted at the Biblical Counseling Coalition site.