Humility: Freedom from You to be You 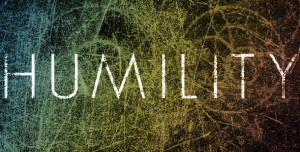 Have you ever met someone who should have died? Maybe they were in a horrific car accident or survived a terminal illness. Their perspective on everything changes. Temporal stresses are no longer worth worrying about. Trivial arguments are not worth fighting over. They have a real sense of what matters… and it’s not what bothers most of us most of the time.

But, oddly, they also learn not to take themselves too seriously. They recognize life is too short to be petty or conceited. Once they’ve come close to death they realize life is a gift. It no longer makes sense to hassle over their own significance once the fragility of life has been made apparent. Yet, this humility is rarely anything like its stereotype, as C.S. Lewis notes.

“Do not imagine that if you meet a really humble man he will be what most people call ‘humble’ nowadays: he will not be a sort of greasy, smarmy person, who is always telling you that, of course, he is nobody. Probably all you will think about him is that he seemed a cheerful, intelligent chap who took a real interest in what you said to him. If you do dislike him it will be because you feel a little envious of anyone who seems to enjoy life so easily. He will not be thinking about humility: he will not be thinking about himself at all (p. 128).” Mere Christianity by C.S. Lewis

So what do we do with this? The answer is not to become a dare devil and arrange a series of near-death experiences to scare ourselves healthily humble. The answer is to truly experience the doctrine of atonement. We have already been dead-dead, not just a little-dead, and brought back to life when Christ exchanged his perfect life for our eternal punishment (II Corinthians 5:17-21).

Consider these two passages as if they were summaries of scenes in a Jack Bauer movie or old soap opera, and you were the main character being re-introduced to the story after being left for dead to the marvel of Heaven and Hell.

“And you were dead in the trespasses and sins in which you once walked, following the course of this world, following the prince of the power of the air, the spirit that is now at work in the sons of disobedience— among whom we all once lived in the passions of our flesh, carrying out the desires of the body and the mind, and were by nature children of wrath, like the rest of mankind.” Ephesians 2:1-3

“Or do you not know that your body is a temple of the Holy Spirit within you, whom you have from God? You are not your own, for you were bought with a price. So glorify God in your body.” I Corinthians 6:19-20

“And [Jesus] said to all, ‘If anyone would come after me, let him deny himself and take up his cross daily and follow me. For whoever would save his life will lose it, but whoever loses his life for my sake will save it.’” Luke 9:23-24

The greatest prison we all endure is either pride or insecurity; the belief that we’re better than everybody else or the fear that we’re not. We can relinquish these toxic dispositions with the humility God offers when he gave us more than forgiveness (mere pardon), but also adoption (bestowing the family name on His Son’s assassins).

These are theological crescendos, which are great for emotional effect but not always clear how to apply, so let’s also ask a highly practical question. How do you know when you are talking to a humble person; someone who has been transformed this way?

A truly humble person relates to his or her own preferences differently. He realizes life is too short not to state them, but also that personal character and relationships are too precious to be dominated by our preferences. Humble people can find that rare middle ground between silently going-along-to-get-along and boisterously asserting one’s preferences to the degree that they aren’t enjoyable even if you get them. Friends of a humble person are allowed to really know them without having to lose themselves in the process.

This is what others would experience if we were transformed this way. It ought to sound a great deal like how Paul calls us to imitate Jesus in Philippians 2:3-11.

“Do nothing from selfish ambition or conceit, but in humility count others more significant than yourselves. Let each of you look not only to his own interests, but also to the interests of others. Have this mind among yourselves, which is yours in Christ Jesus, who, though he was in the form of God, did not count equality with God a thing to be grasped, but emptied himself, by taking the form of a servant, being born in the likeness of men. And being found in human form, he humbled himself by becoming obedient to the point of death, even death on a cross. Therefore God has highly exalted him and bestowed on him the name that is above every name, so that at the name of Jesus every knee should bow, in heaven and on earth and under the earth, and every tongue confess that Jesus Christ is Lord, to the glory of God the Father.”