Forgiveness After Adultery: What It Is and Is Not 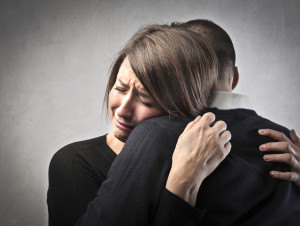 This post is an excerpt from Step 7 of the True Betrayal seminar manual. If you read the content and feel like it is “ahead of where you are” or “too heavy for you,” then it is recommended that you start at the beginning of this resource.

What is the first thing you need to “do” with all you have learned, understood, and processed to this point [Steps 1-6]? Forgive. Before now forgiveness would probably have been only a well-intentioned promise. When we forgive we absorb the cost of someone else’s sin. But forgiveness should not be a blank check or it easily becomes foolish enablement or willful naivety. Jesus knew the cost of saying the words “Your sins are forgiven” (Luke 7:48) or “Neither do I condemn you” (John 8:11). Wise forgiveness, especially when it potentially leads to restoration, knows the cost of the check it writes.

Read Matthew 18:21-35. Notice that precise amounts are given for what is forgiven. Part of the benefit of Steps 2-4 was that you could know what you are forgiving. Too often a passage like this is used to imply that because the offenses against us are small compared to our offenses against God (which is true) that all offenses against us are small (which is false). In reaction to that logic we often resist forgiveness because the act of forgiving seems to minimize the offense. The act of saying, “I forgive you,” assumes the statement, “You wronged me in a way that should not be overlooked or minimized.” It should also include the assumption, “I am only able to assume the debt of your sin against me because God has assumed my debt against Him and promised to cover whatever losses I incur by forgiving others.”

“The fact is, what your spouse has done against you and God may be inexcusable, but it is not unforgiveable (p. 30).” Mike Summers in Help! My Spouse Has Been Unfaithful

So what is forgiveness? Forgiveness is the choice to no longer require someone to receive the punishment that their sin deserves. Forgiveness is an act of faith that trusts that the penalty for sin was sufficiently paid by Christ on the cross or will be paid by the sinner in Hell. Forgiveness is a willingness to treat the offender as gracious wisdom would allow given the offender’s response to their sin.

“Forgiveness is not a human function. You may have to begin by asking God to give you the desire to be obedient. There’s no sense in pretending (p. 170).” Gary & Mona Shriver in Unfaithful

Gary and Mona Shriver in their book Unfaithful describe five things that forgiveness is not (p.165-166; modified, bold text only).  As you read these use them to calm the fears of “I could never forgive because…” You will likely find that many of the things you say you could not do are not actually what forgiveness requires.

1. Forgiveness is not containing or restraining hurt and anger.

“There are a couple of principles that can help you deal with unresolved anger. Don’t allow your anger to control you. If we are out of control verbally or physically, we are in sin. And the truth is that no real work gets done in that atmosphere… Additionally, it is important to understand that processing and venting are two different things (p. 152).” Gary & Mona Shriver in Unfaithful

2. Forgiveness is not letting someone off the hook.

Forgiveness is the complete opposite of saying, “That’s okay.” If the action being forgiven were “okay” then no forgiveness would be needed. Forgiveness is not the same as saying, “This is finished. Nothing more needs to be said about this.” Forgiveness is the start of restoration not the culmination. When God forgives us He does not assume we are a “finished product.” God remains active in our life to remove the sin He forgave. Similarly, when you forgive your spouse that is the beginning of restoring the marriage to what God intended it to be and which may involve continued dealing with fall out of his/her sin.

“Forgiveness is an important part of recovering from adultery, but forgiveness isn’t God’s way of ‘dropping the subject’ (p. 18).” Winston Smith in Help! My Spouse Committed Adultery

3. Forgiveness is not an excuse.

Forgiveness does not reclassify the offense from a sin to a mistake. Mistakes are excused. Sins are forgiven. Sometimes we resist forgiving because we do not want to ratify this perceived downgrade in the significance of the offense. Forgiveness is not a downgrade. Forgiveness inherently classifies an offense at the top level of wrongness.

4. Forgiveness is not forgetting or some kind of sentimental amnesia.

Forgiveness is not the culmination of a journey but the commitment to complete a journey. Forgiving does not require a rush of warm emotions towards your spouse that are consistently stronger than the emotions of hurt you feel towards his/her sin. This conception would make forgiveness a state of being to achieve rather than a promise being given.

A naïve-amnesia view of forgiveness implies that your spouse’s struggle with lust is over and that any future offense can/should be responded to without reference to past/forgiven sexual sin. Forgiveness does mean that you will allow unclear facts to be examined before making accusations and that progress would be considered in determining how to respond to a relapse. The social network each of you have built while working through False Love and True Betrayal, should allow for these assessments to be made in a wise, healthy manner.

So what does forgiveness mean you are committing to do with your memories, fears, and imagination? Forgiveness does not add anything new to how you respond to your memories, fears, and imagination that wisdom did not already advise before you forgave. The patient honesty that was outlined in Step 2-6 is the kind of response you should give. Forgiveness is not a commitment to become non-emotional ; but honoringly emotional.

5. Forgiveness is not trust or reconciliation.

The next section will talk about the process of restoring trust. But, for the moment, know that forgiving and trusting or forgiving and saying things are “back to normal,” are not the same thing. If you feel like you have to be “there yet” in order to forgive, then this belief will impair both your ability to forgive and progress towards restoring the marriage.

Read Ephesians 4:31-32. This passage describes where you should be at this stage in the process. There should be a commitment to put away “all bitterness and wrath and anger and clamor and slander (v. 31).” Forgiveness is when you make this commitment, not the declaration of its completion. After reading this section on forgiveness in light of the journey you have been on, how do you understand the phrase “forgiving one another, as God in Christ forgave you (v. 32)” differently? What is different in how you view your forgiveness from God? What is different about what you believe God is asking of you towards others?