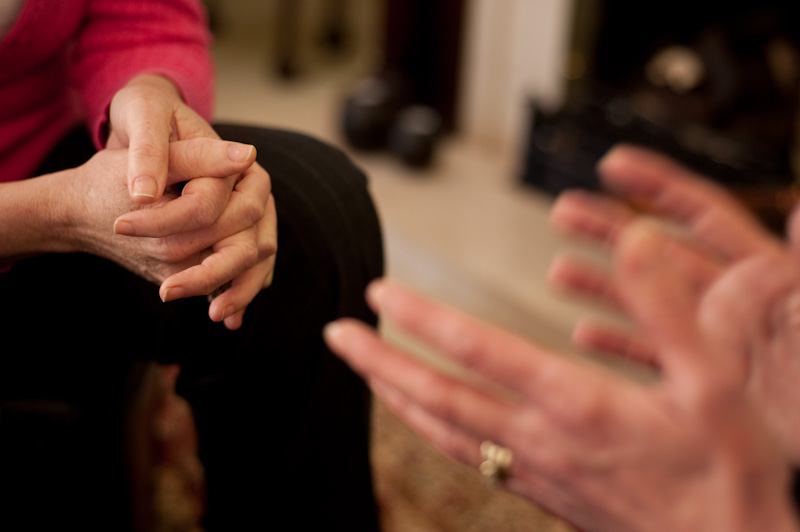 Bill and Katie did not meet and marry until they were in their late 20’s. Job transitions resulted in them moving twice during their first three years of marriage. The result is that they were in their early 30’s by the time they got pregnant with their first child. When they announced that a little one would be arriving around March, both families were ecstatic. The life they wanted for so long finally seemed to be falling into place.

Because of Katie’s age the doctors monitored her closely during the pregnancy. Everything was going fine until late October when Katie noticed the baby was not active. Without delay they went to the doctor. Their worst fears came true. Their baby had died. No reason could be found. The doctors assured Katie there was nothing she could have done to prevent this.

Being away from family and in a new town, Bill and Katie didn’t have much social support. Initially, family stepped up for emotional support. But in early November Katie’s dad, who had always been overweight and had high blood pressure, died of a heart attack. Katie’s brother and extended family had to shift focus to helping mom and processing their own grief.

By Thanksgiving, Katie was emotionally flat-lined. She frequently cried without any prompting event. She could barely get out of bed and make it to work. When she wasn’t at work, she had no motivation to do anything at home (which was very unlike her normal organized, pro-active self).

Katie’s OBGYN said it was normal for her emotions to fluctuate more than usual, both because of the loss of her child and the hormonal changes related to pregnancy and the miscarriage. The doctor suggested that Katie consider taking an anti-depressant for a while when she learned of how hard day-to-day functioning was and the shift in Katie’s personality. The doctor asked about thoughts of self-harm, and Katie assured the doctor suicide was not a consideration.

Katie and Bill grieved separately. Neither wanted to add to the emotional weight of the other. But there seemed to be nothing else to talk about. Everything reminded them of their lost child and the dreams that would have been coming true at each stage of the pregnancy. Canceling baby showers and deflating the excited questions from co-workers and budding friendships at church was still occurring 3-5 times per week.

Grief, depression, and “nothing worth talking about” caused the marriage to suffer. Initially, Bill and Katie were sympathetic towards the silence of the other. But after a couple of weeks, it started to feel cold and isolating. It was easy to interpret the flat affect and absence of conversation as disinterest. Both spent most of their free time thinking about the “life they wish they had.” This led to a growing dissatisfaction with their marriage. Silence began to give way to sarcasm and then to arguments. Neither has much “grace” left to give to the other.

Between their emotional pain, crushed dreams, and their new friends at church not knowing them well enough to be involved beyond a meal train, Bill and Katie began to question their faith. They didn’t talk about it, other than both commenting that the praise songs as church felt “weird now” the couple of times they’d been to church. The only thing people at church knew about them was that they were “the new couple expecting their first child.” That meant there wasn’t anything to talk about at church either, so they quit going. That just made the silence at home echo louder. It made every argument more painful. The greater their pain, the sharper their words became.

After an intense argument over something they can’t remember (meaning, it wasn’t that important), Bill and Katie decided they needed help if they were going to make it. They don’t have much motivation or hope, but they care enough about each other to realize they ought to at least try. So, they reach out to you [in whatever helping role you most frequently fill – pastor, counselor, small group leader, friend]. They tell you their story. A couple of times they get tearful, but most of the time their emotions present as oddly flat. When they finish, they sigh and ask, “What do we do? We need help, but we feel lost and hopeless. We’re in a mess and there doesn’t seem to be anything that will make things better.”

This is the case study that will be discussed in the July 23 free webinar (1pm EST) on identifying the focal point of counseling. Our goal in this twice-monthly series of webinars is to teach one primary counseling concept or skill each month and then provide a case study that allows participants to become more proficient at utilizing that skill or concept.