An Organic Approach to Launching GCM 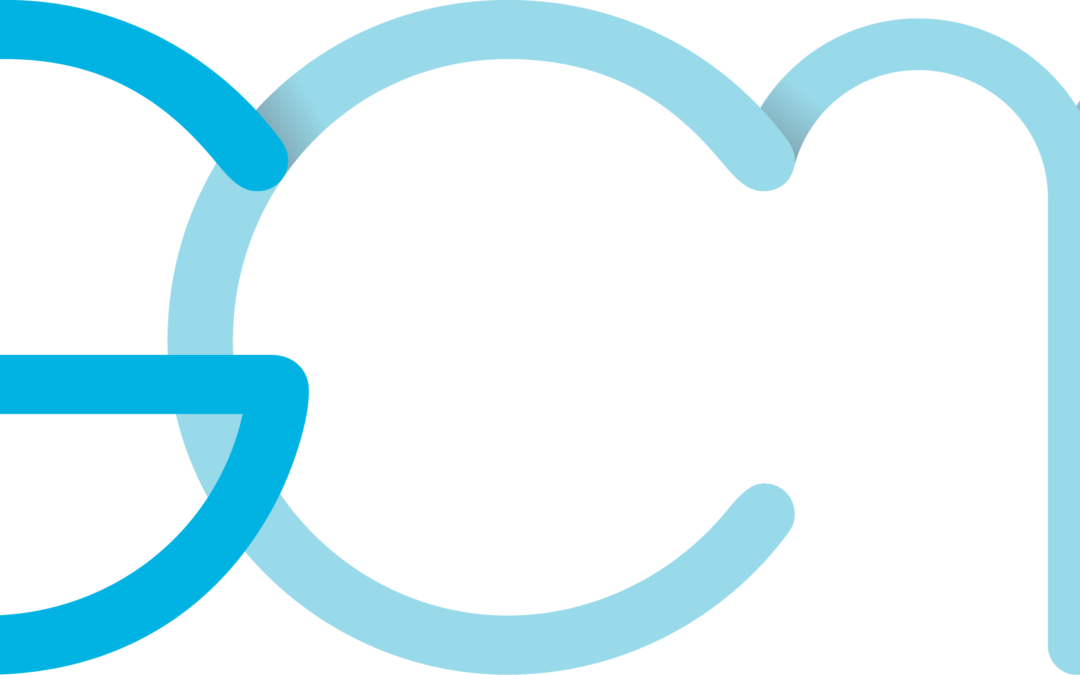 We are going to stick with the mindset that in most churches, most new ministries launch without a major initiative or paid staff person to oversee that ministry. Ministries that must start big tend to only start at big churches. It should not be the case that counseling ministries are only viable for big churches. That’s why we’ll continue to explore the organic launch model.

Just as we did with G4, we’ll illustrate the launch and growth of GCM narratively. Remember, this story is realistic fiction. It is just one example of how things might start; so, read the story like a testimony, not a procedural manual.

Jason and Lisa were nearing retirement, but not slowing down. Over the years, they have gotten to know every ministry of the church as their two children grew up in the church. Now that their children have both graduated college and recently gotten married, they’ve been thinking about how churches do pre-marital counseling.

Both of their children went away to college and got engaged during their Senior year. This meant Jason and Lisa got to hear how two different churches handled pre-marital counseling. Hearing what their son, daughter-in-law, daughter, and son-in-law thought about their pre-marital experiences sparked Jason and Lisa to ask, “What does/could this look like at our church?”

When they asked Pastor Brian this question, he said he meets with each couple 3-4 times, gives them his favorite book on marriage, and recommends a local counselor for additional preparation, if desired. Lisa couldn’t help but ask, “Would you mind if we looked into how we might start a pre-marital ministry at our church?” Pastor Brian was more than happy to set them free on this expedition.

As Jason and Lisa looked at various books and ministry models available, they settled on the Creating a Gospel-Centered Marriage (GCM) mentoring series.  They liked the idea of getting older couples in the church involved as mentors, that evaluations helped tailor the mentoring experience to each engaged couple, and that there was a video teaching component, so mentors didn’t feel the pressure to be experts. Pastor Brian he liked that the program was biblically-based, had a redemptive tone, and that GCM was developed in a church for church-based implementation.

Jason and Lisa went through the free mentor training at bradhambrick.com/gcm. After that, although a little nervous, they felt ready to learn alongside the first couple they could mentor. Dalton and Ginger had just gotten engaged and asked Pastor Brian to lead their wedding. When he asked if they’d like to do pre-marital counseling by mentoring, they loved the idea. Looking back, Pastor Brian says, “I think that’s we when launched our pre-martial mentoring ministry.”

Over the next 6 months Jason and Lisa began meeting with Dalton and Ginger. Things seemed pretty simple. The first meeting was spent getting to know each other using two resources from the GCM series. After that, Dalton and Ginger completed an evaluation about their relationship to determine which segment from the next GCM seminar to study and discuss with Jason and Lisa.

Most of their meetings were at Jason and Lisa’s home, although for one meeting they went out to dinner at a restaurant. Conversations were relaxed, but structured as they used the GCM discussion questions. They always chased a few rabbits as Jason and Lisa shared stories about the early years of their marriage and a few lessons they learned “the hard way.” These stories helped Dalton and Ginger relax enough to ask more authentic questions regarding points of fear or uncertainty about marriage. Even with this greater vulnerability, they laughed a lot and developed a deep friendship.

Soon, they had 10 couples who wanted to be mentors. Jason and Lisa agreed to serve as the mentor coordinators if Pastor Brian just connected the couples with them. The problem was that the “supply” of mentors exceeded the “demand” of engaged couples in the church. Even though Pastor Brian made mentoring the standard pre-marital approach for the church, they still had more mentors than mentees. This highlighted that college and young professional aged members were a smaller part of the church’s demographic.

Initially, the church took two approaches to finding more engaged couples. First, they reached out to Dalton, Ginger, and the other couples who had already been mentored. Dalton and Ginger had already been talking to their friends about how much Jason and Lisa meant to them. But they didn’t realize that they could suggest this as an opportunity for their engaged friends.

Second, they contacted the campus ministries at the local colleges, both the university and the junior college. The church had long wanted a better relationship with these schools. GCM gave them something to offer the college ministries that forged this partnership.

A steady stream of engaged couples emerged. Many of the college students were treating the college ministry as if it was their church. The college ministry staff had observed students became church-homeless after graduating. Especially for those who were engaged, GCM made finding a church family easy. Many of the non-engaged graduates who stayed in town got connected with the church as they stayed connected with their friends.

An unexpected blessing was from the friends of GCM graduates. Several of these engaged couples were both unchurched and not Christians. When Dalton and Ginger saw two of their friends come to faith as they were mentored, it generated a new level of excitement for GCM.

The growing reputation of GCM in the church, generated new questions. Mentors couples wanted relationships for their marriage like they were providing for the newly married couples in their church. The question became, “Is mentoring the best way to accomplish this?” They bumped their head against the idea that, at a certain age, you don’t have older couples to mentor you anymore, but even experienced marriages benefit from the sharpening of intentional relationships with other couples.

It was Jenn and Caleb, who realized that each GCM topic was also designed to be a 5 or 6 week small group study. It made sense that small groups were a natural place for experienced couples to gain the benefits of intentional relationships with other married couples. In small group leader meetings, Pastor Brian started to mention that a GCM seminar would be a good option for groups with married couples. The number of small groups with a GCM mentor in them meant that groups were excited to do a GCM study once per year.

This had two effects. First, it created a culture of marriage enrichment amongst the experienced couples in the church. Periodically doing a GCM study meant that there didn’t have to be a “reason” to ask each other how their marriage was doing. As each couple identified areas they wanted to grow, it became easier – even expected – for every couple to acknowledge areas they needed to grow.

Second, as a result of the growing marriage enrichment culture, it became clear that some marriages in the church that were in rough shape. Some were moderately struggling. For these marriages, the support of friends and principles of GCM made a world of difference. What they needed was a prompt to stop ignoring the problem and context of accountability for making some basic changes.

They decided to start a G4 group. Initially, they began an anger group since this was the prevalent emotion that disrupted the effectiveness of mentoring in high distress marriages. Parker led an anger group for men, and Lori led a group for women. Because they wanted these groups to be marriage focused, they grew accustomed to saying, “We know anger may not be the biggest problem in your marriage but learning to manage your anger is likely the first skill towards restoring your marriage.”  Eventually, False Love and True Betrayal groups were also started as infidelity and betrayal became other prevalent themes. Even with these groups, they needed to recommend a few good marriage counselors in town. Often the G4 groups were peer support for each spouse as they did marriage counseling together.

As they figured out how to care for high distress couples, the rest of GCM continued to flourish. Periodically, common problems would emerge; one of the engaged couples would be highly controlling of the other, or an engaged couple would be living together.[1] When mentors had to discourage a couple from getting married or ask them to tell their pastor they were living together, this was hard. But Jason and Lisa got comfortable with their role of encouraging mentors who were navigating these unpleasant parts of mentoring.

Jason and Lisa realized that their database of mentors and mentees provided the opportunity to raise awareness for marriage conferences that came near their area. Usually, they had enough interest to get a group discount rate for their church. Couples would attend separately, but they would schedule a group dinner before or after the conference to build fellowship amongst couples from their church. This continued to build on the marriage enrichment culture at their church and exposed couples to fresh voices talking about marriage.

The GCM ministry at church began to host an annual mentor/mentee dinner around Valentine’s Day. It was a time to celebrate all that God had done through this ministry. Tenured mentoring couples like Jason and Lisa had to put multiple tables together to fit their GCM family tree.

As Pastor Brian prepared his remarks on the 7th year anniversary, he realized GCM had affected their church in ways that far exceeded marriage enrichment. With reflection, he saw growth in the college and young professionals age segments of their church, a church culture that encouraged people to take initiative in starting new ministries, and a tangible growth in the intergenerational relationships within the church. The theme of his talk was “The non-marital reasons I enjoy pastoring this church more because of GCM.”

[1] For guidance on how this conversation might be handled, consider bradhambrick.com/cohabitation.