Reflection on 20 Years of Marriage 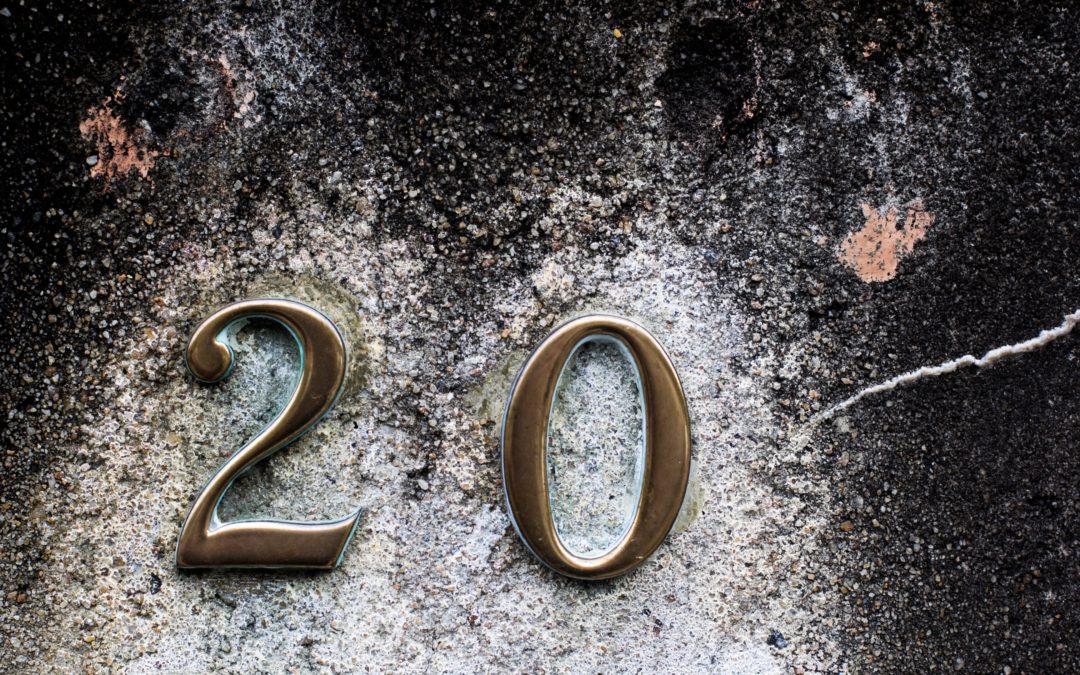 Bilbo Baggins had a point, “It’s a dangerous business, Frodo, going out your door. You step onto the road, and if you don’t keep your feet, there’s no knowing where you might be swept off to.” I had no idea where the road of marriage would take me 20 years ago.

I think about being a scared 22-year-old young man (yes, I’m 42) pledging my life to Sallie. I had no job and very limited work experience. I thought I was going to do youth ministry for the rest of my life. We were moving 8 hours from either family. Sallie was the one who had every right to describe this venture as “dangerous.”

There was so much we didn’t know. We were worried about the pending Y2K disaster that was supposed to occur six weeks after our wedding. That proved how much we, nor anyone else, could predict what the hard parts of life will be.

The last 20 years have been better than I could have imagined; by no means perfect or pain free, but wonderful. As I look back, I’m trying to reflect on what made the biggest difference. What were the pivotal moments?  It’s probably impossible to say for sure, but I don’t think it was the things I would have guessed as a fresh college graduate in 1999.

I would have guessed it would have been my choice of graduate education, the jobs we took, the choice to move to Augusta and then back to Raleigh, which home we bought, when and how many children to have, and things of this magnitude.

Prioritizing simple time together – We like a quiet evening at home together. We enjoy a meal together. Yes, we are both homebodies, but I think there is more to it than entertainment preferences. We have both maintained a felt sense that the things “out there” are not more important than the things “at home.” During the achievement-oriented season of being young professionals, that wasn’t an easy mindset to maintain. Now, during the busy season with a middle and high school student, it is a challenge. But I think enjoying simple time together has helped us not feel like we’re competing with work, hobbies, and children’s schedules for each other’s attention. There’s a great deal of rest and trust that emerges from this mindset.

Listening – We ask basic questions about each other’s day. We’ve both taken the posture of “if it happened to you, it’s interesting to me.” Which is important, because most days not that much newsworthy happens. In these conversations, we periodically ask, “What’s most important to you right now? What are you looking forward to in the next season of life?” Rarely in 20 years did any of these conversations feel like BREAKING news, but tracking incremental changes in each other’s dreams and fears meant we haven’t faced the “I don’t know who you are anymore” crises.

Honoring each other in mundane conflict – Most conflicts don’t have enough fuel to produce the amount of heat they generate. It is easy for a twig’s worth of disappointment to produce a log’s amount of fire. I’m not perfect, and Sallie is just “perfect for me.” No amount of good habits will prevent misunderstandings and hurt feelings. Sallie and I are both planners and we both believe in our plans. But we’ve managed to avoid interpreting “you disagree with me” as “you’re against me.” Honor in the midst of mundane conflicts (where real disappointments and misunderstanding exist) allows us to reduce the time these conflicts consume and hurt they create. I’ve often told couples in counseling, “The difference between a good marriage and great marriage is not how well you do good times, but how much you honor each other in the difficult times.” Looking back, I still think that’s true.

Having the patience to live within our means – Neither Sallie nor I like debt. We dislike debt more than we like stuff. I think this has been a big factor in maintaining the first three habits above. Debt is not just about spending tomorrow’s money today; it is also about committing to work more hours tomorrow and live under more stress. The mutual decisions to drive used cars, have a budget, take our lunches to work, not pursue expensive hobbies, and other similar choices made it possible to do these other things.

Not being competitive about chores – We have our routines. One or the other of us does the same chores most of the time. But they aren’t assigned, and they aren’t measured. We don’t keep score about who’s doing more. We both enjoy our family, so we both invest in our family. Before marriage, I remember thinking that getting the chore chart right was really important because I’d heard other couples fight about it. Now I think being mutually invested to a home that is “neat enough to be healthy and messy enough to be happy” is more important.

You could add to the list. The list isn’t that profound or complete. This brief list is my attempt to reflect on, “What was more important than I would have expected it to be when I got married?”

But if I had to examine this list (because every blog post needs a conclusion) and ask, “What do the things on this list have in common?” I would answer – these are things that aren’t complex but are difficult. Listening isn’t a complex skill. But it is difficult to set my thoughts aside enough to hear yours.

In that sense, Luke 9:23-25 is a surprisingly foundational verse on marriage.

And [Jesus] said to all, “If anyone would come after me, let him deny himself and take up his cross daily and follow me. For whoever would save his life will lose it, but whoever loses his life for my sake will save it. For what does it profit a man if he gains the whole world and loses or forfeits himself?”

Everything on this list is about dying to self to gain what really matters. Nothing that we gave up to spend simple time at home, to listen without interrupting, to keep conflict proportional, or live within our means do we miss now. If I felt like I was missing out on something then (periodically, I probably did and I probably pouted about it), it pales in comparison to what God has given in a marriage of mutual honor where we strive to live for each other as something greater than ourselves.